I'm Sue, a middle aged Mum and Grandma who lives on a hill farm in the Scottish Borders with my partner Joe and Grandson, Callum.

On this page you'll find out more  about my history, interests and the kind of products this hill farm has to offer. 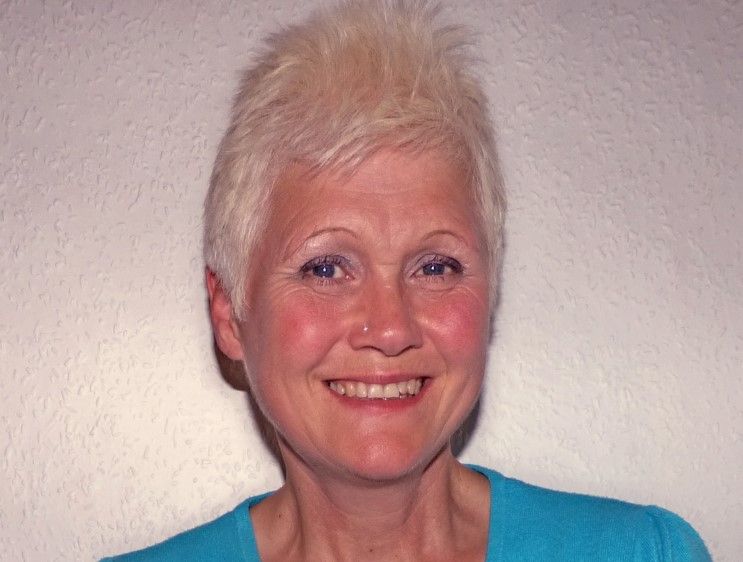 In the past, I kept North Country Cheviot sheep. However, I found it increasingly difficult to handle such large and wild sheep especially in lambing season. I discovered that my Hebridean sheep – initially bought for the purposes of training my sheepdogs – were much easier to manage. As a result, I spent the next 4 years gradually replacing my Cheviots with Hebridean and Shetland sheep. I do still occasionally buy Cheviot lambs, in order to sell them the following year to breeders. In 2018 the decision was made to sell the majority of the Hebridean sheep to another breeder. Unfortuately, the wet summers made the fleeces felt on the sheep, rendering them unusable for producing yarn.

Taking up a Hobby

In 2013, I was searching for a new hobby. To cut a long story short, I ended up choosing spinning! I started with a drop spindle before moving to a wheel. It was at this time that I began thinking more about fleece. When the next  clipping season came around, I kept about 12 fleeces for myself. However, I only chose them for their colour and soon discovered that their quality was lacking! It wasn’t until I set out to wash, card, and spin them that I realised 12 fleeces was far too much for a novice like me. Most of them are still tucked away in the shed, destined to be used as hanging basket lining!

Getting Creative with Wool

After starting to spin, I have since learned to knit, crochet, and weave. Recently, I took up felt-making – using wet felting and needle felting methods. I had no idea how many different ways there are to use fleece until I began experimenting. My latest project is creating felted jewellery – combining felt, wire, and semi-precious gemstones.

2015 was the first year in which all of the fleeces I sold were from Hebridean and Shetland sheep. When all was said and done, I received a cheque for less than it had cost to shear the sheep! It was then that I decided to have my fleeces processed commercially into the high-quality, attractive yarn available for purchase today.

Sign up here to receive the Hawkshaw Sheep EWESletter