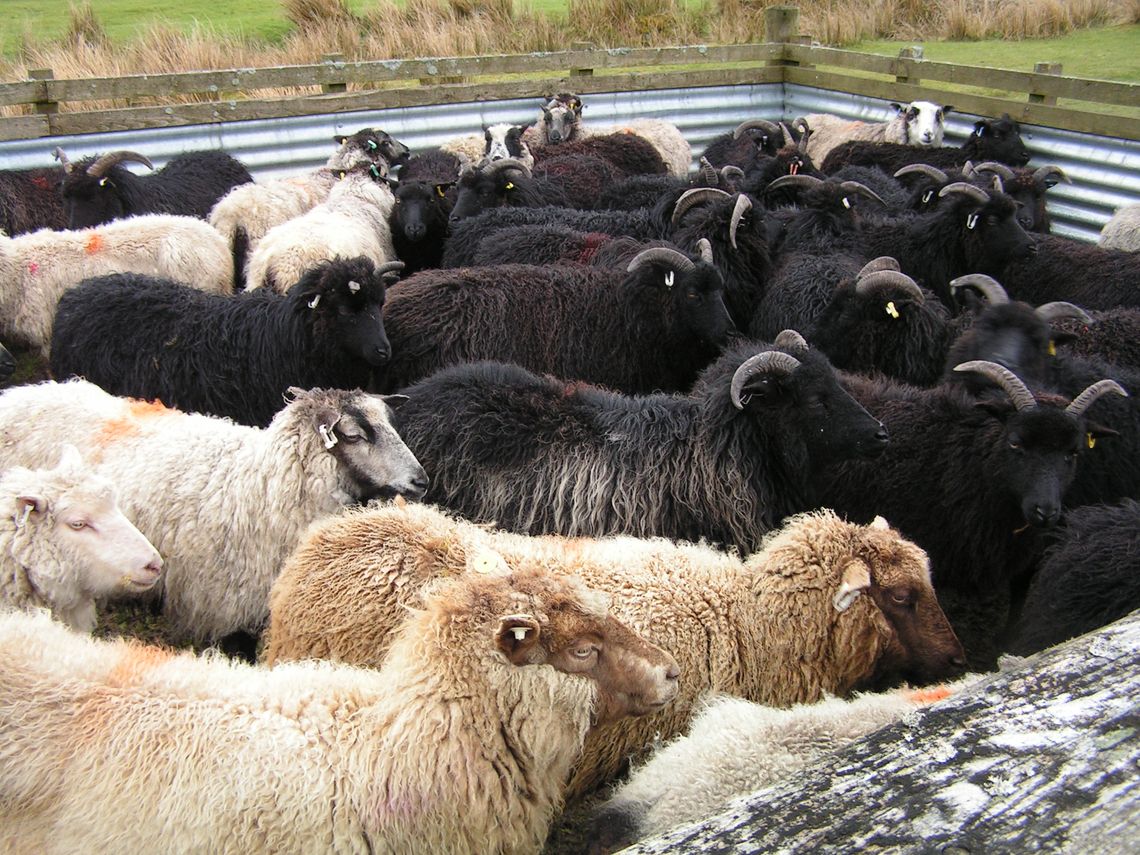 At last we have fleeces

After last year, when we didn't get our sheep clipped until the last day of July, I never for one moment thought that this year we would be even later, but we were a week later, the 6th August to be precise. I needed to get 30kg of fleece sorted and over to the Border Mill at Duns before the 14th August, so I started to sort through some only to find that an awful lot of the Hebridean fleeces had felted, and consequently could not be used for yarn production, so instead of having 30 or so fleeces to go through I had to sort through a lot more, which seemed to take me forever, however I managed and have delivered them.

I am getting a 100% white alpaca yarn, 100% black cheviot yarn and a blend of Hebridean, wensleydale and alpaca yarn, the blended yarn will be produced in two different shades of grey. I'm really excited to see what they will look like.

I still have the rest of the fleeces to sort through, and these will be going to Yorkshire, first to be scoured and then spun, but there is an awful lot of work to do with the fleeces before they can begin their journey to become yarn. I can hardly believe it is almost a year since I started on my yarn adventure, it's been a year of hard work and a huge steep learning curve, but I have to say I have enjoyed every minute of it, and I've met some amazing talented people, and made some friends along the way.
This last week I have sent in applications to have a stand at a couple of shows, and as soon as I know if I have been successful, I will put it on the website.
Until next time
Sue